We don’t have any sheep on the farm right now, so I’ve been living vicariously through other shepherds who post pictures on social media. Many of the photographs are absolutely beautiful, and new lambs are fun to see. Here are a few places to go for neat pictures and insight into sheep and the life of a shepherd.

This farmer’s photos are absolutely brilliant. He is a fantastic storyteller and photographer with sheep, cattle and a sheepdog named Ted, and he is located in the Isle of Purbeck, England. 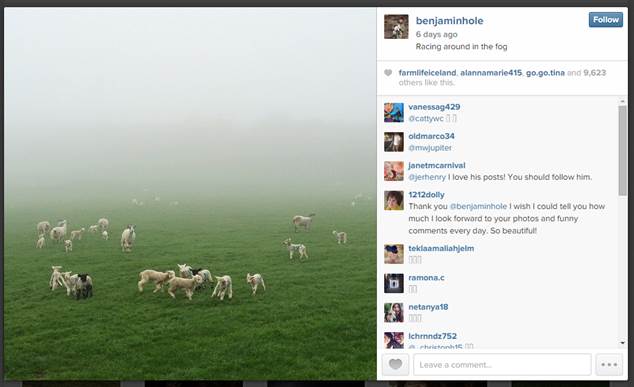 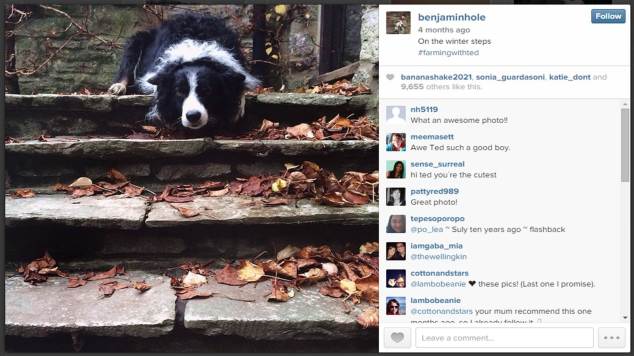 James Rebanks is an English farmer who raises Herdwick sheep, an ancient breed that is extremely hardy and thrives in the fells, or hills. Rebanks has become a “social media star” and was recently featured in a Buzzfeed article, which discusses his family heritage (his ancestors have been farming in the Lake District [an area that served as inspiration for Beatrix Potter] since 1420) and displays several photos (including brand-new Border Collie puppies).

That lamb looks pleased to be born pic.twitter.com/KSlWami6uL

Rebanks’ book, The Shepherd’s Life: Modern Dispatches from an Ancient Landscape, describes “a deep-rooted attachment to place” and gives “a unique account of rural life and a fundamental connection with the land that most of us have lost.”

“When the modern media meet us, the temptation is to go for the joke and write about these crazy people who love sheep. At its worst, it’s sheepshaggers-type innuendo; at its best it’s an urban middle-class dig at these strange rustics. But sheep farming is just another form of culture, no dafter than anything else, and as interesting as being into Picassos or Rembrandts or 1970s punk music. You don’t generally laugh at people for being interested in those things, and to me it’s just the same. I’m precious about it, and see it as being every bit as intellectually interesting and culturally significant, so I’m resistant to the joke.”

~James Rebanks, in an interview with The Guardian

The Art of Agriculture

One of my favorites. The writer is a Virginia Tech student who artfully weaves her words into stories from the farm and the agriculture industry.

This blog from Purdue University is a content center showcasing several stories about sheep from around the world.

The nation with some fantastic agricultural research and practices, New Zealand is the place to go for learning more about beef and sheep production. The blog writers include topics such as research programs, communication and livestock management.

This blog comes from Steven Parsons, the Market Development and Innovation Manager at Wools of New Zealand, and includes videos from Purple Sheep Cinema, such as “Sheep Wars.”

“Sheep, Sheep News, Sheep Articles, Sheep Photos.” From all across the world.

There is going to be a movie. This is exciting news.

It’s been fun gathering this list, especially since I was able to look at so many neat pictures. Do you have any further suggestions for good websites, blogs and social media accounts?