From New Zealand, I flew to Sydney, Australia, and have been in the country for a little over three weeks. Here are some photos and brief notes on my Aussie adventures so far: 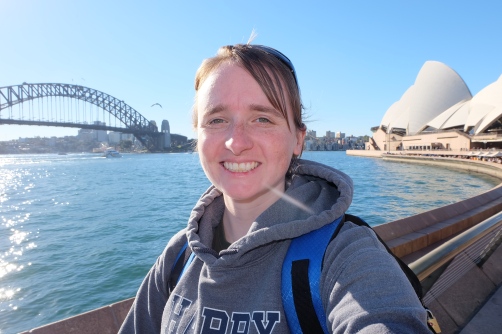 “When I was 12, I was entranced by the 2000 Summer Olympic Games held here. The opening ceremonies captivated me with its showcase of Australia’s past and present. Before the ceremonies began, James Earl Jones narrated a piece introducing Americans to the country’s open spaces and cliffs and plateaus. Seeing that short film was the first time I had the sense I wanted to travel somewhere, and that somewhere was Australia.

“I watched the Games, mostly gymnastics, marveling at the feats my klutzy self could only dream of achieving. I saw the Olympic staff in Outback hats and long coats and wondered what it’d be like to be an Australian wearing those hats in the Outback. At the closing ceremonies, IOC President Juan Samaranch declared the Games ‘the best Olympic Games ever!’ I agreed. Even through the TV, I could see there was something special about what had just taken place.

“This experience built on my vivid memory of when I was 6, 7 or 8 and living in our old house. On the morning of New Year’s Eve, the television news showed the fireworks from the Sydney Harbour Bridge and proudly announced, ‘This is the first New Year’s celebration in the world!’

“I thought, I want to go to the first New Year’s in the world!

“20 years later, I went to New Zealand, with times two hours ahead of Sydney.

“So hang on to those dreams. Who knows how they might become real….”

My first kangaroo sighting! From the Taronga Zoo:

I put together some scenes from my four-and-a-half days in Sydney:

In some ways, I still can’t believe I actually made it there. 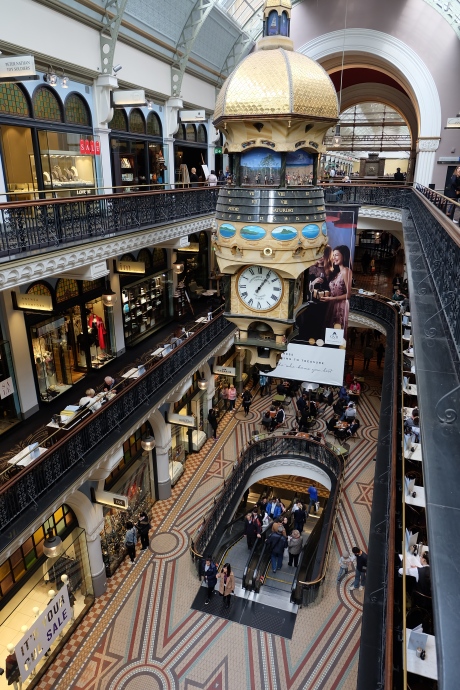 “Discovering this place was a total accident. I was in Sydney’s business district, making a beeline for a hiking store, when I noticed a woman snapping a panorama with her phone. Curious as to what she was photographing, I followed the phone’s path to the open arch behind her and stopped in my tracks. Shops lined the edges of tiled floors. A glass ceiling arched high overhead. Finely dressed patrons strolled in and out of the shops and bought pastries from the food booths. I let myself be distracted from my earlier mission and walked in, feeling out of place in my hiking clothes.

“My camera was buried in my backpack, but as soon as I saw this clock, I knew I had to dig it out. The clock had a ship that sailed around the perimeter, wooden carved scenes from Australia’s history, and many other small details that were only seen from standing right next to it. I walked around and up and down the five stories for the next half hour, stopping for a muffin at the end of it. Only halfway through did I learn the name of the place: Queen Victoria’s Building.

“By the way, some girls walked by wearing jeans with premade holes in the knees, so my hiking gear was not so strange in such an unbelievable place.”

To cross Australia, I took the Indian Pacific train from Sydney to Perth. I wanted a sense of place and could more strongly establish that through a train ride than through flying. We spent four days and three nights on the train, seeing red kangaroos, emus, the Outback, the Nullabor Plains, farm shops, and more. We stopped on tours and in the Outback at night. We traveled on the longest straight stretch of railroad tracks in the world. I wore my Outback hat in the Outback and am still ridiculously excited about that fact. It was a fantastic trip, and I would definitely do it again.

I have several more train photos I want to share, so the next blog post is going to be a train trip photo essay. Stay tuned.

I’ve been staying with a family who runs a sheep dairy, bottling their own milk and making their own cheeses. It’s lambing season here, so I help take care of the new mothers and lambs. 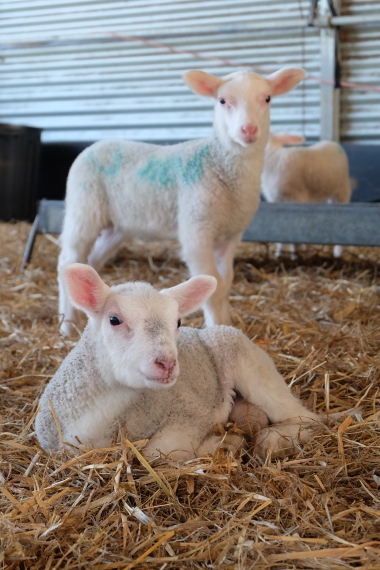 Jersey cows were just added to the operation, and with my experience milking back in New Zealand, I was able to share some tips and tricks. So I’ve been drinking a lot of creamy Jersey milk. The best glass I had was when I milked the cows in the morning and then made cinnamon rolls in the afternoon. They were the first cinnamon rolls I’d eaten in over a year.

While here, I’ve hiked in the Porongurups.

The Stirling Range is in the distance. 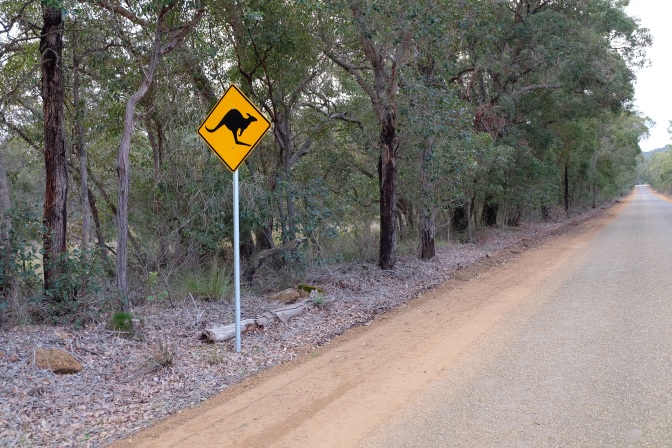 To finish up my month in Australia, I’ll spend a week in Perth. From there, I’ll fly out to Southeast Asia, which will be a totally new experience.

One thought on “The Kiwi Hoosier Visits the Aussies”